Find my bus, or should we say tractor

Earlier this year, PDMS worked with the Isle of Man Transport to launch a new bus tracker app for transport users, which shows live bus tracking for the whole island.  The location data is received from Ticketer for every bus, school bus, steam train and tram, which in turn provides the information to the connected clients via web sockets technology and is displayed on a map showing live locations, allowing the traveller to identify and follow their bus or tram in real-time.

Recently we were approached by the IOM Department of Transport asking if we would be happy to spend some time changing the icons from buses to tractors, to support the Isle of Man Young Farmers fundraising initiative.  How could we refuse, and we were delighted to get involved and support such a worthy cause, especially at Christmas.

What is this tinselled tractor initiative? 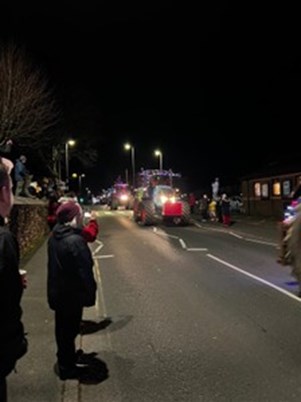 The IOM Young Farmers introduced the first Christmas Tractor Run in 2018 around the north of the Island and finishing in Douglas.  The event attracted 30 tractors, all covered in Christmas lights, with spectators from all over the island watching the parade, which raised a significant amount of money.

In fact, due to its success, the event was repeated for the following two years and over £20,000 was raised for various local charities.

This year they decided to spice it up a little and incorporate the south of the island too, which took place on Friday 2nd December, in addition to their big event which was on Saturday 3rd December.  Around 75 tractors took part to raise money for Alro's Adventure and Live at Home.

Users of findmybus.im could zoom in and watch the tractors moving along the street easily, giving them an idea if it was running on time, and when the tractor parade was approaching their street.

Not only is findmybus.im a great tool for public transport users but also provided useful information for fans waiting to see The Young Farmers Tractor Run.  Lots of our staff were out last weekend supporting the Festive Farmers lighting up our streets, entertaining us all, and raising much-needed funds.  Well done to everyone involved!